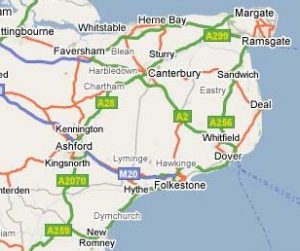 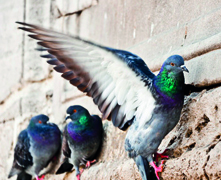 Most bird species in the UK do not come into conflict with human interests but two of the most common that do are;

Their plumage can vary considerably and has a close resemblance to the original stock dove. They are found in towns and cities all over the world. Their dependence on human food has lead them to becoming a serious pest. They make their nests in derelict buildings, gaps in roof ledges and under solar panels. Anywhere that is sheltered. If conditions are favourable they can breed throughout the year. They lay two white eggs which take about 19 days to incubate. Then it will take about 30 days for them to fledge. The feral pigeons can cause an array of damage with their guano from blocking gutters, spreading disease and damaging buildings. Their guano is even a serious slip hazard.

More associated with coastal towns but are now found in large numbers way inland in the UK. Two important pest species are the Herring Gull (Larus argentatus) and Lesser Black-Backed Gull (Larus fuscus).  They like to nest in colonies on the roofs of flat buildings and once they do they will return to it year after year. They start breeding at about 5 years old and can live to about 25 years old. Up to three eggs are laid in april or may and take about 30 days to incubate and do not leave the nest area  until about 5 or 6 weeks old. Gulls will only lay one clutch of eggs per season but if they are destroyed, they can relay several times. These birds can also become very aggressive and attack when they are nesting or feeding.

We offer advice on bird proofing as well as bird control using birds of prey.